Percutaneous management of recurrent prosthetic valve thrombosis. How would I approach it?
Bruno García del Blanco

In our case, the procedure was performed under general anesthesia with fluoroscopy and transesophageal echocardiography guidance. The right femoral vein was used as the access site. The transseptal puncture was performed using a Mullins introducer sheath and a Brockenbrough needle in the superior-posterior portion of the oval fossa. After the IV administration of sodium heparin (100 IU/kg) and mounted over a 0.032 in J guidewire a 3.5/6-Fr EBU guide catheter (Medtronic Launcher; Minneapolis, United States) was successfully inserted into the left atrium.

Since the disc was blocked in an almost completely closed position (video 1 of the supplementary data), we decided to take a less aggressive approach than the one described by Jabbour et al.1 and instead of manipulating the disc with the guide catheter we decided to use a balloon catheter. Therefore, the guide catheter was mounted over a 0.014 in Balance Middleweight guidewire and advanced towards the left cavities. Although the guidewire advanced towards the left ventricle through the space left by the moving disc when opening, after several attempts it was successfully advanced through the small space left between the blocked disc and the prosthetic annulus (figure 1) (video 2 of the supplementary data). While the tip of the guidewire was resting on the apex, a 5.0 mm × 15 mm NC Euphora noncompliant balloon (Medtronic) was smoothly advanced and inflated several times at mitral annular level until the blocked disc was fully released (figure 2) (videos 3 and 4 of the supplementary data). The transesophageal echocardiography performed postprocedurally confirmed the normalization of valvular function with a mean gradient of 5 mmHg and a proper movement of both discs (figure 3). The patient was extubated immediately after the intervention without complications or further thromboembolic or hemorrhagic events. She was discharged 2 days after the procedure and remained on oral anticoagulants and acetylsalicylic acid. A systematic study conducted discarded coagulation alterations and the patient remained asymptomatic at the 12-month follow-up.

Figure 3. Mitral valve before (A) and after the intervention (B). The complete opening of both discs can be seen after the percutaneous intervention.

The percutaneous manipulation of a mechanical valve with PVT can be a therapeutic option in patients with low thrombotic load in whom thrombolysis is contraindicated or ineffective or in whom surgery is not feasible. However, although in our case there were no complications there is a high risk of embolic events inherent to any percutaneous manipulation of a PVT, which is why carotid filters should be considered to minimize such risk. 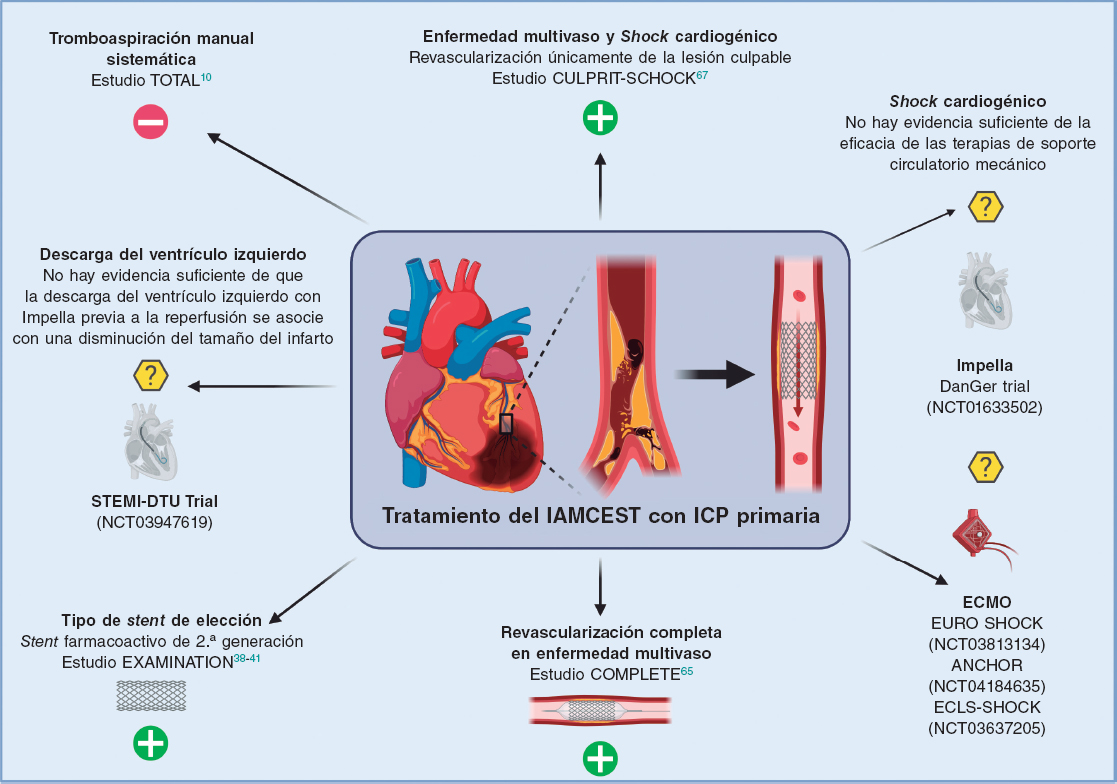 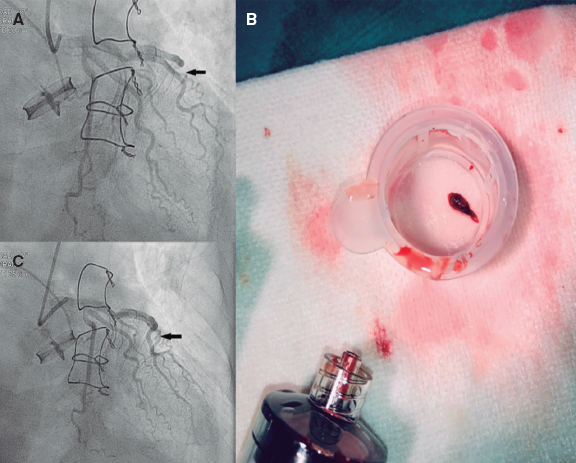 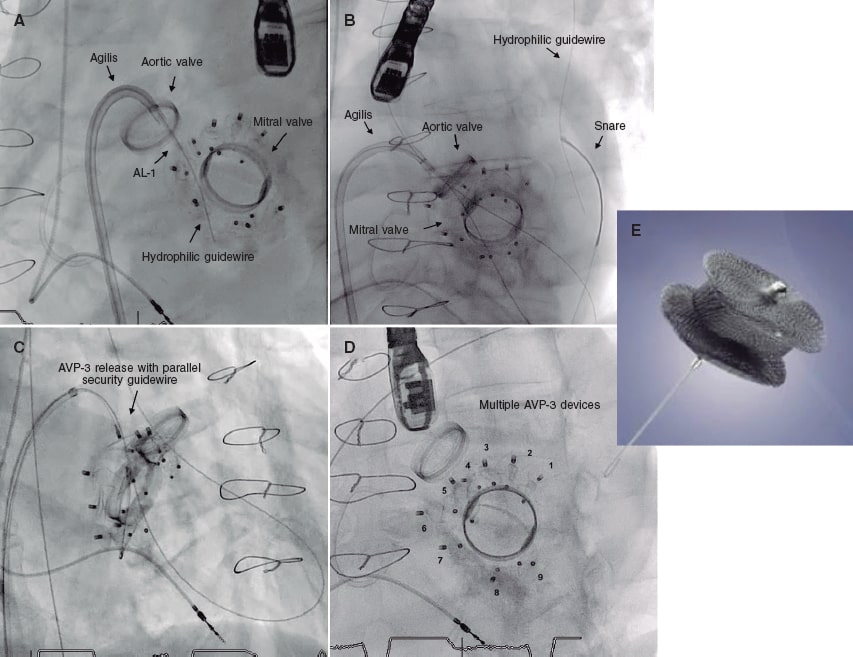