Moderate-to-severe aortic regurgitation (AR) is a common complication of patients treated with continuous-flow left ventricular assist devices (CF-LVAD) that affects 35% of these patients at 5 years.1 The risk factors associated with its appearance are the absence of valvular opening, the time of progression, the presence of aortic or mitral regurgitation prior to implantation, and female sex.2 AR causes left ventricular overload and inefficient recirculation flow through the pump. Observational studies have reported that post-implantation AR is not associated with a higher mortality rate. However, it has been reported that the cardiac function deteriorates requiring some type of procedure in 33% of the patients who develop it.3

The implantation of percutaneous devices, in particular transcatheter aortic valve implantation (TAVI), has become the therapeutic alternative in this subgroup of patients in whom surgery is ill-advised because of their risk and possible future procedures.4 Although evidence is scarce on this regard, it has been described as an effective technique with disappearance of significant AR after the procedure and in the mid-term follow-up.5

This is the case of a 54-year-old woman with idiopathic dilated cardiomyopathy in situation of advanced heart failure who received the Heartmate III CF-LVAD (Abbot, Chicago, United States) as the destination therapy. The transthoracic echocardiogram performed prior to implantation showed severe ventricular dysfunction, a non-dysfunctional right ventricle, mild AR, and moderate mitral regurgitation. Five months after the implant the patient was admitted due to heart failure. The new echocardiogram performed revealed the lack of aortic valve opening with leaflets without relevant morphologic abnormalities but with reduced mobility when closing, and severe systolic-diastolic AR (figure 1A). Although the ramp test performed with right heart catheterization showed fewer revolutions, the patient remained seriously symptomatic with persistent AR, which is why TAVI was decided in a multidisciplinary session. The computed tomography performed revealed the presence of a noncalcified aortic valve with a 25 mm × 21 mm annulus, a 73 mm perimeter, and 26 mm × 27 mm sinus parameters. The Evolut R 26 mm system (Medtronic, Minneapolis, United States) was used following technical advice and given the dimensions of the root at sinus level. Informed consent to publish was granted verbally.

The procedure was performed via femoral access. Assist only stopped during implantation to avoid suction effect. The early results were satisfactory, and the valve remained in a normal position with mild paravalvular AR (figure 1B).

In the early progression, the patient developed cardiogenic shock, and required vasoactive drugs at high doses. The transesophageal echocardiogram confirmed the apical displacement of the valve with severe paravalvular regurgitation (figure 1C,D). Under this situation, it was decided to perform an emergent valve-in-valve implantation procedure . Using the radial access, a snare catheter was advanced in order to capture the Evolute valve and traction it until it would be placed it in its early location. Afterwards, an Edwards SAPIEN 3 23 mm valve (Edwards Lifesciences, Irvine, United States) was implanted via femoral access and the valve-in-valve procedure was performed with 2 mL inflation volume above nominal value (figure 1E,F). The transesophageal echocardiogram performed after the implant revealed the presence of mild paravalvular AR. The patient’s clinical progression was good and uneventful. Eighteen months later the good results still remain with mild paravalvular AR. The patient is now a New York Heart Association functional class II patient.

TAVI in patients with AR and CF-LVAD is a procedure with characteristics that are especially risky. Together with paravalvular leak, the migration of the device is the main complication of this technique. It is a classic complication of TAVI in the management of pure AR where there is fewer calcification and valve anchoring is more complicated. And all of it adds to the apical suction of the pump.

In order to prevent migration, it has been suggested to oversize the valve in relation to the annulus (15% to 20% for balloon-expandable valves and 20% to 25% for self-expandable valves), and use recapturable self-expandable systems6 to allow a more controlled release and reduce the revolutions of the device during implantation. In our case, oversizing was discarded due to the presence of a small aortic root with the corresponding risk of rupture.

In conclusion, TAVI for the management of patients with AR and CF-LVAD is an effective procedure with good mid-term results. The peculiarities of this context require careful planning and implantation to reduce complications such as valvular migration. The recapture of the valve and valve-in-valve implantation are effective techniques to solve this complication and avoid surgery. 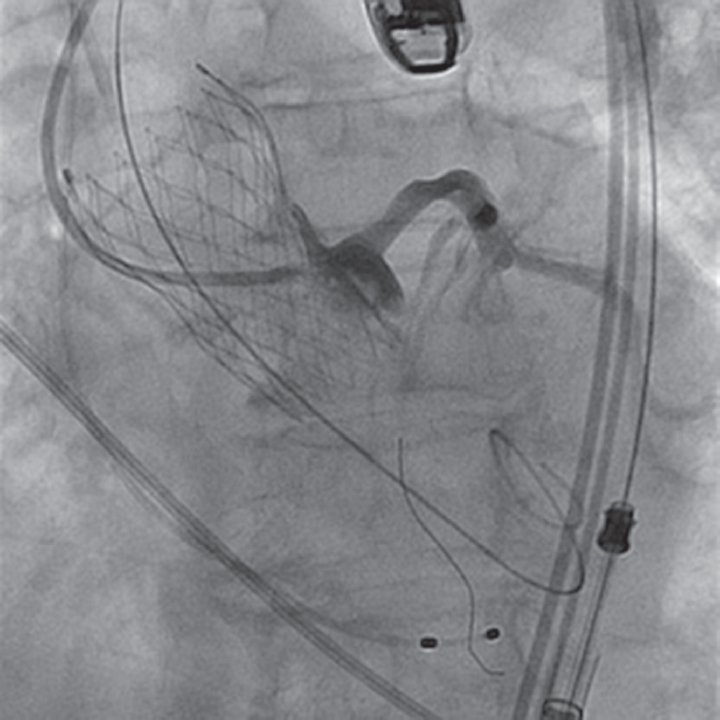 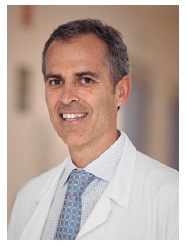 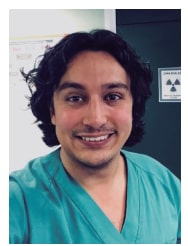 Thrombus aspiration in the left atrial appendage: an option or a walk on the tightrope?

Percutaneous and surgical aortic valve replacement. Impact of volume and type of center on results.