Embolization of pseudoaneurysm in Dacron subclavianaortic graft for interrupted aortic arch repair. How would I approach it?
Rafael J. Ruiz Salmerón

This is the case of a 23-year-old male with a past medical history of interrupted aortic arch after left subclavian artery emergency found in the 8th month of the his life. Back in 2004, the surgical correction attempted with a subclavian-aortic graft using a Dacron graft was uneventful. The procedure resulted in an improvement of the arterial blood pressure. The anomalies associated with the initial diagnosis were the anomalous origin of the patient’s right subclavian artery with an emergency following the interruption and a bicuspid aortic valve without stenosis or regurgitation. Additionally, in 2015, and due to a significant scoliosis of the spine, the patient underwent surgery with placement of screws and rods.

Back in January 2018, the patient became sick due to a massive hemoptysis that required the use of hemoderivatives. From the start the patient had a total of 17 episodes, the last one of approximately 1 liter with a reduction of hemoglobin levels down to 7 g/dL.

The patient was admitted to our center in October 2019 with a coronary computed tomography angiography performed back in April 2019 (figure 1) and in a period of 5 days. The clinical and CT scan assessment revealed the presence of a pseudoaneurysm in the anastomosis of the left subclavian artery with the Dacron graft possibly due to the dehiscence of the suture and the presence of a fistula between the aorta and the bronchi proximal to the lesion that was causing the hemoptysis. The case was studied by the heart team and the surgical option was discarded. The emergent embolization of the pseudoaneurysm was decided with the resources and equipment available in the cath lab. Pseudoaneurysms in the thoracic aorta that develop in the suture sites between the aorta and the Dacron graft are rare, but potentially lethal; they may be spontaneous, traumatic or associated with a medical procedure and, in general, require emergent surgical treatment. However, the endovascular option can be an alternative in selected cases.

Figure 1. A: sagittal projection showing the left subclavian artery (white arrow), the pseudoaneurysm in the anastomosis of this artery with the Dacron graft (red arrow), the anomalous origin of the right subclavian artery (green arrow), and the descending thoracic aorta (yellow arrow). B: 3D volumetric reconstruction of the thoracic aorta revealing the location of the pseudoaneurysm (white arrow). 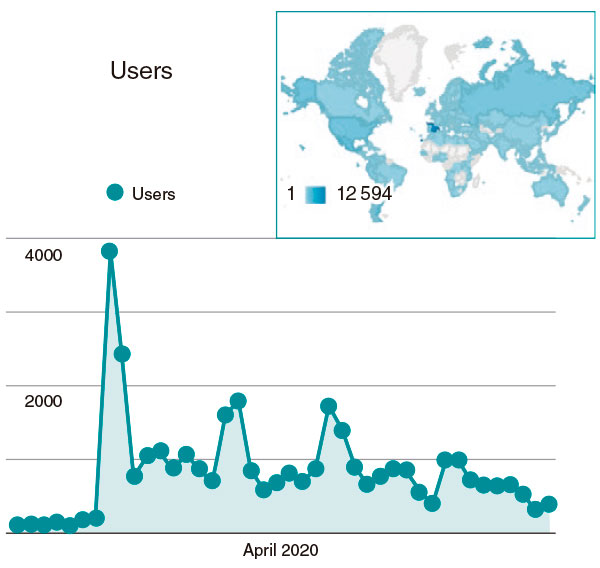 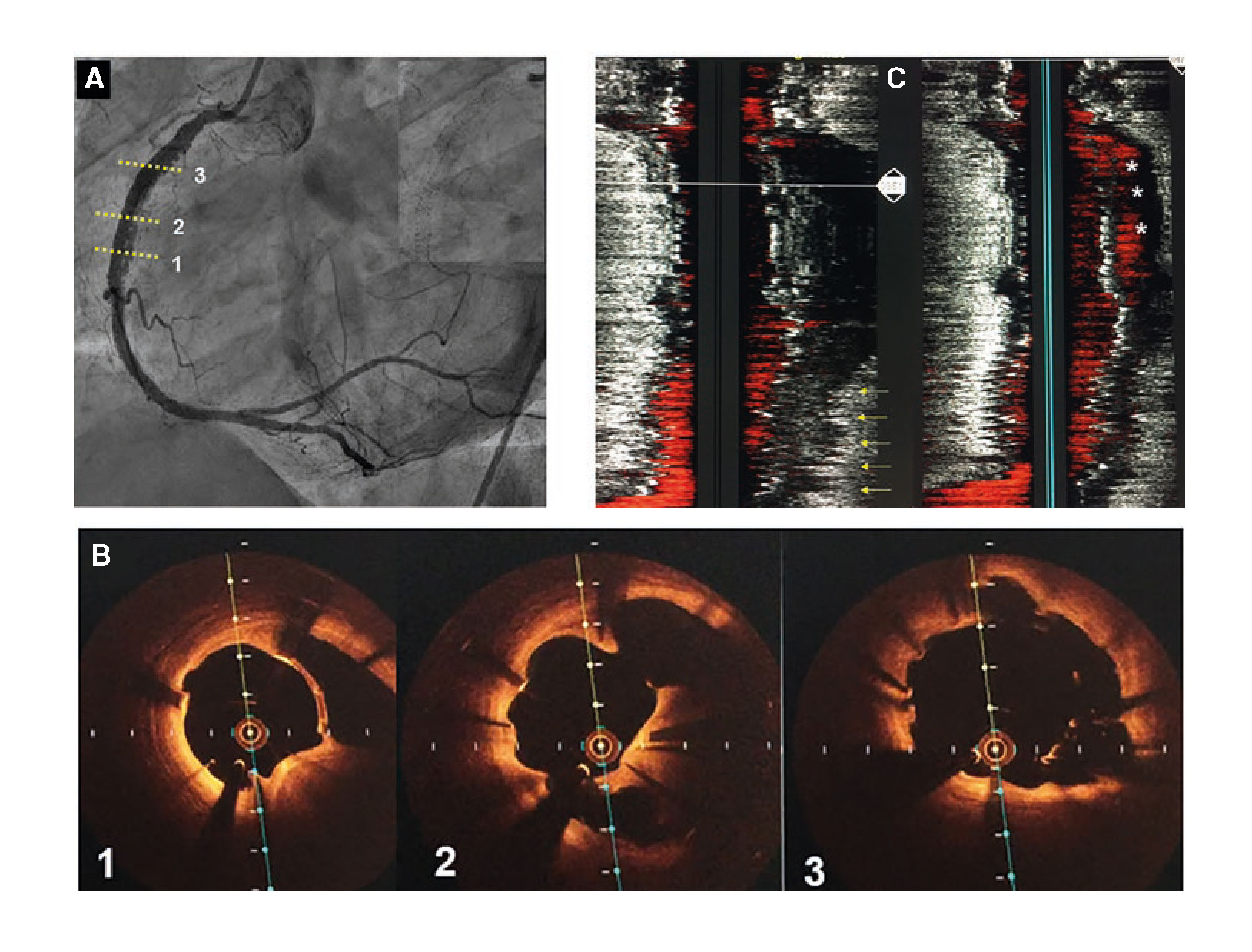 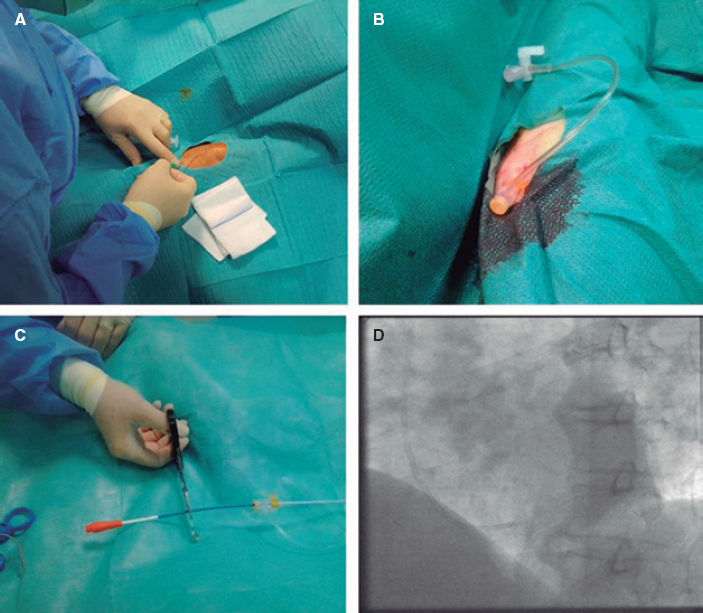 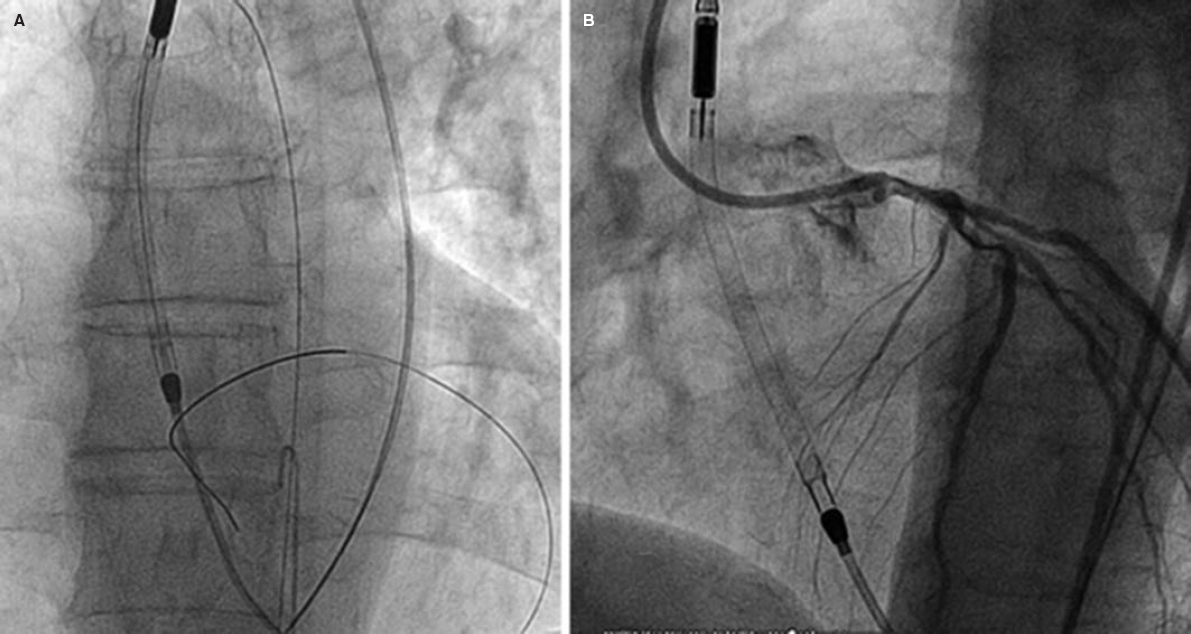 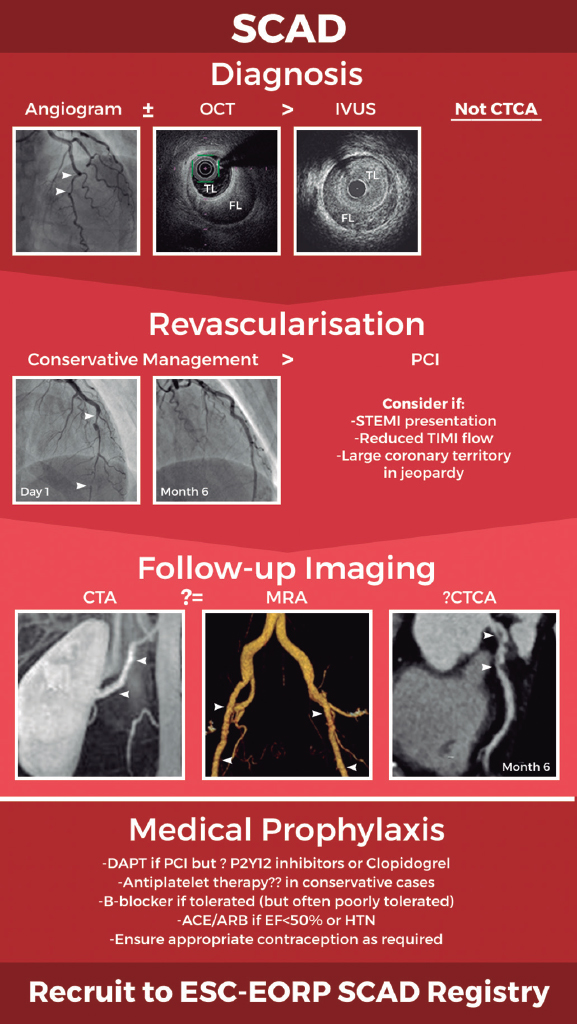 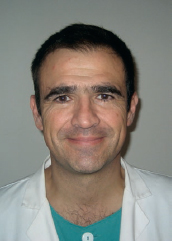 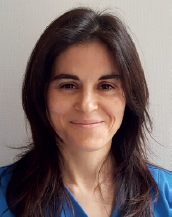 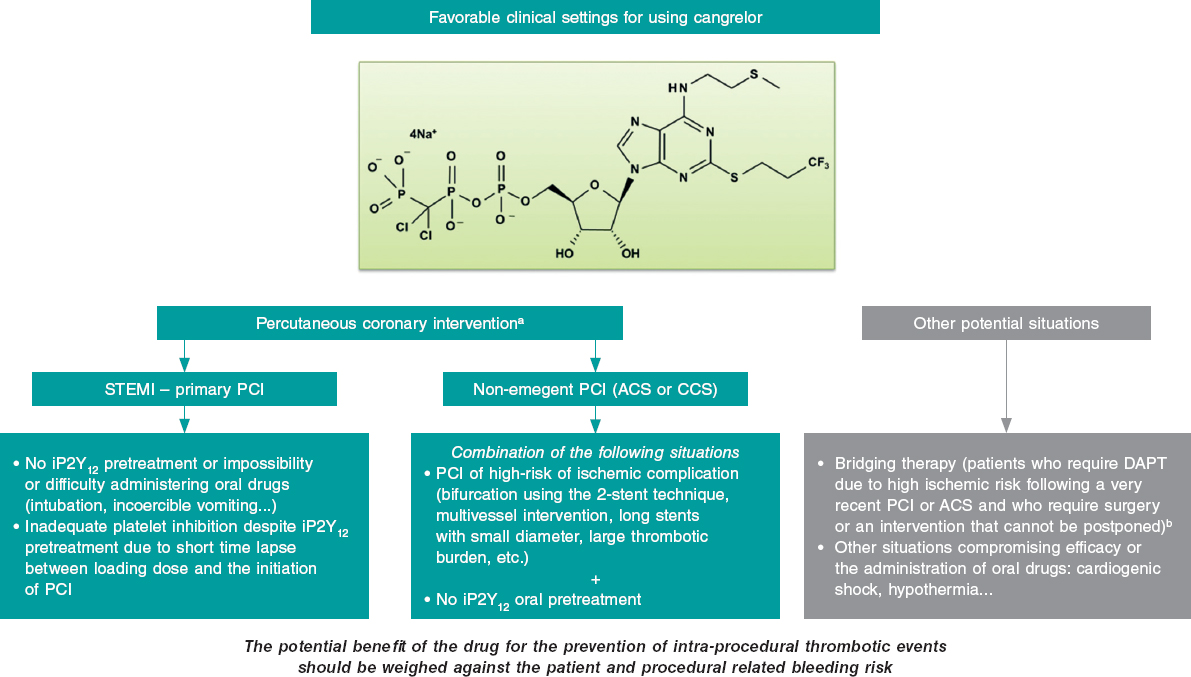